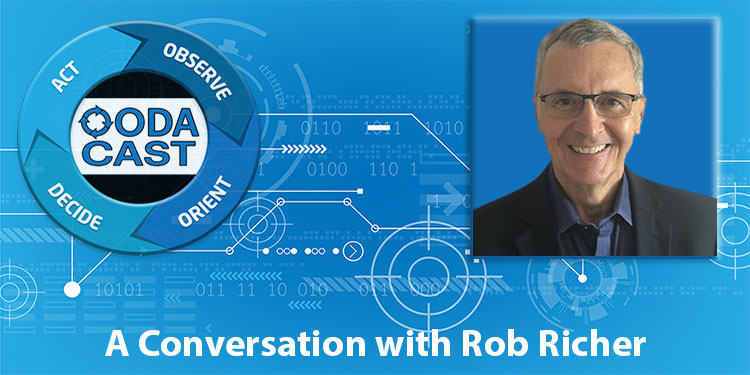 Rob Richer is a highly regarded advisor to international executives and global government leaders including several heads of state. Rob has a well informed perspective on international risks and opportunities and an ability to analyze and distill observations in a way that is meaningful for your decision making process. In this OODAcast we cover the current state of global and domestic affairs, key leadership and decision-making lessons learned derived from Rob’s extensive CIA career.

As a bonus, we talk to Rob about how the character Mitch Rapp is based upon him. Rapp is the main character in a 18 book series by the late bestselling author Vince Flynn. One of the books was also produced into the film American Assassin.

While the U-2 spy plane is largely credited for identifying the presence of Soviet missiles in Cuba in the early 1960s, setting off a Cold War escalation with nearly-apololyptic results, new research has pieced together how CIA-trained Cubans ran a highly-successful intelligence network that drove the discovery of the missiles.

“Shortly after 9/11, the CIA considered using a drug it thought might work like a truth serum and force terror suspects to give up information about potential attacks. After months of research, the agency decided that a drug called Versed, a sedative often prescribed to reduce anxiety, was ‘possibly worth

From 2010 to 2012, China was able to dismantle significant portions of the CIA’s network of agents across the country, executing dozens of suspected spies. It now appears that problems in and hacks of the CIA’s communications systems led to China’s penetration of the network. The system itself had been

Sources have displayed confidence that U.S. intelligence agencies specializing in wiretapping communications were able to access enough information on the Trump-Putin meeting that they can know not only what was said, but what the top politicians and spymasters in Moscow think about it. With no access to the meeting, no

CIA & FBI: China is waging a ‘quiet kind of cold war’ against US

China’s subversive actions against the U.S. goes well beyond the current trade dispute and includes massive, coordinated economic espionage that is “not just a footnote to what we’re dealing with with Russia.” Both the CIA and FBI have continued to emphasize the risks posed to the U.S. by ongoing Chinese

The most recent espionage case involving China and the US has surfaced, this time in China where a senior executive with the Chinese state-owned China Shipbuilding Industry Corp (CSIC) is accused of “gross violation of laws and party discipline,” by Chinese oversight bodies. Although the oversight bodies have not released