In August of 2020, Matt Devost and Bob Gourley spoke with Chet Richards, a close associate of the late US Air Force Colonel John Boyd. Richards was there as the concept of the OODA Loop was being developed. Chet is the author of “Certain to Win”, the first book to describe how the OODA Loop and associated Boyd concepts apply to today’s business problems.

In this conversation, Richards shares his, and Boyd’s, perspectives on applying the OODA Loop in Business.

2021 is the first year of the US Cyber Games – part of a global competition that will recognize cyber athletes who can work in competitive environments to successfully operate in cyberspace.

On October 5, 2021, the first-ever US Cyber Team was announced at the US Cyber Games Draft Day in Las Vegas, Nevada. The recently released documentary – Quantum Technology: Our Sustainable Future – is arguably one of the best thirty minutes you will spend pondering the future of technology and the challenges of climate change at the same time.

We discovered the film while grappling with the idea of technological innovation grinding to a halt in the U.S. – over the course of the next decade – due to a prolonged, severe shortage in the availability of advanced semiconductors. 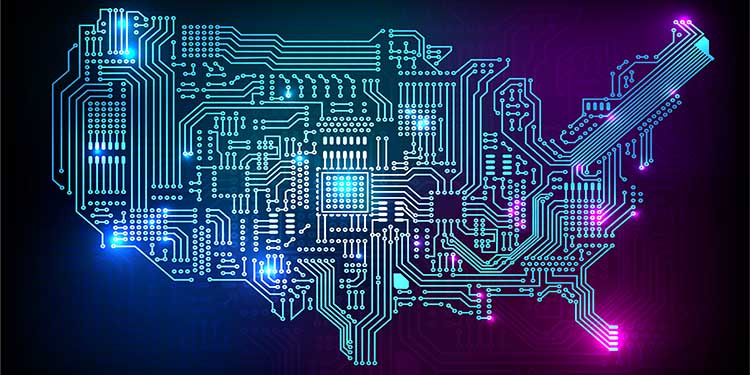 In February 2021, The White House issued an Executive Order on securing America’s supply chains, calling for “an immediate 100-day review across federal agencies to address vulnerabilities in the supply chains of semiconductor manufacturing and advanced packaging.

The final review was delivered in June of 2021. The final report is an exhaustive 250-page document, of which 60 pages are dedicated to a semiconductor and advanced packaging supply chain risk assessment, along with sections on opportunities and challenges ahead, concluding with recommendations. In August of 2020, Bob Gourley was joined by technologist and national security expert Dan Gerstein from Rand Corporation. Dan is also the author of the recently released book entitled “The Story of Technology“ In March of 2020, Bob had a conversation with Lance Mortlock, a Senior Ernst and Young (EY) Strategy Partner. He is the author of the book Disaster Proof: Scenario Planning for Post Pandemic Future, which explores ways scenario planning can help organizations be more resilient.

Threads that emerge in these conversations are approaches leaders can take to prepare for the future, the role of governments in the future of technology, the “technology wars” as they are currently waged, humanities place in this new warfare, expected outcomes from scenario planning and what could be the next big disruptive event.

In August of 2020, Matt Devost and Bob Gourley spoke with Chet Richards, a close associate of the late US Air Force Colonel John Boyd. Richards was there as the concept of the OODA Loop was being developed. Chet is the author of “Certain to Win”, the first book to describe how the OODA Loop and associated Boyd concepts apply to today’s business problems.

In this conversation, Richards shares his early days interacting with Boyd during the formulation of his early briefs.  By the 1980s, Richards is formally collaborating with Boyd as he created the OODA Loop.  Richards also shares personal anecdotes not necessarily available in the many books written about Boyd.

What is the future of the Global Semiconductor Supply Chain?

According to the Congressional Research Service (CRS), China has a strategic framework for building a competitive advantage in the semiconductor industry. Implementation measures have also been announced by the Chines government that “encourage U.S. and foreign semiconductor companies to transfer certain technology, intellectual property (IP), talent, and research and development (R&D) to operations in China.”

What does this mean? And what are the implications for your business or organization? Facebook has been headlining the news the last three days – and not in a good way.

Why are the scale, scope, and impact of Facebook and its family of social media platforms (Instagram, WhatsApp, etc.) so important? In March of this year, Bob spoke with Ellen McCarthy, a highly accomplished and distinguished executive who reached the very highest echelons of the US intelligence community. In January, Bob had a conversation with Kathy and Randy Pherson. The Phersons had successful careers in the US Intelligence Community, where they pioneered new analytical methods and would later help bring those methods to widespread adoption in the community.

Topics discussed include leadership styles, intelligence-gathering operations, the history of the OSS and the INR at State, disinformation, critical thinking, mental models, and foresight. What are the US Cyber Games?

On Draft Day, the 50 elite players from the US Cyber Combine Invitational comes down to the final 20 athletes who will be announced as members of the first U.S. Cyber Team. The Team will represent the United States at the inaugural global competition: The International Cyber Security Challenge (ICSC) held in Athens, Greece in June 2022.