Mark your calendars.  In the Fall of 2022 and early 2023, the mainstream news cycle will be captivated by the promise of solar power, both in the future of space flight and harnessing the continuous power of the sun in space and delivering it to earth as part of the ‘all the above’ portfolio of solutions for renewable energy to address climate change.

The news will be based on the scheduled space-based deployments of the following really promising projects:

CalTech recently revealed that Donald Bren, chairman of Irvine Company and a lifetime member of the Caltech Board of Trustees, anonymously donated $100 million to form the Space-based Solar Power Project (SSPP) in 2013.  According to CalTech, the announcement comes as CalTech SSPP approaches a significant milestone in “developing technology capable of generating solar power in space and beaming it back to Earth…a test launch of multifunctional technology-demonstrator prototypes that collect sunlight and convert it to electrical energy, transfer energy wirelessly in free-space using radio frequency (RF) electrical power, and deploy ultralight structures that will be used to integrate them.  SSPP aims to ultimately produce a global supply of affordable, renewable, clean energy. A key benefit of harnessing solar power from space is that it provides access to the sun to create power all day, every day, free from weather constraints or darkness of night.”

Housed in a structure for deployment that measures about 6 feet by 6 feet, SPSS’s first test launches in early 2023, with technology prototypes for the solar power generators and RF wireless power transfer.

Prof. Harry A. Atwater is also the director of the Liquid Sunlight Alliance and a member of the SSPP research team.  According to Prof. Atwater,  “Solar energy is the world’s most abundant energy resource. However, sunlight is intermittent at the earth’s surface. This ambitious project is a transformative approach to large-scale solar energy harvesting for the Earth that overcomes this intermittency and the need for energy storage, since sunlight shines continuously in space.”  The video below describes the government labs and universities that make up the Liquid Sunlight Alliance, which contributes systems integration and component systems research to the overall CalTech SSPP research project’s efforts.

NASA also has a major benchmark in solar-powered space travel approaching.  According to The MIT Technology Review, “in August 2022, a NASA probe called Psyche will set out to explore a giant metallic asteroid called Psyche 16, to help scientists learn more about how planets form. The way Psyche reaches its target, though, will be different from typical NASA missions.  Building on technology used in previous missions, including Dawn and Deep Space 1, solar power will help propel Psyche into deep space. While other spacecraft, like Lucy, have used solar energy to operate instruments, Psyche will be among the first of NASA’s deep-space missions to use solar energy for both onboard operations and propulsion.” 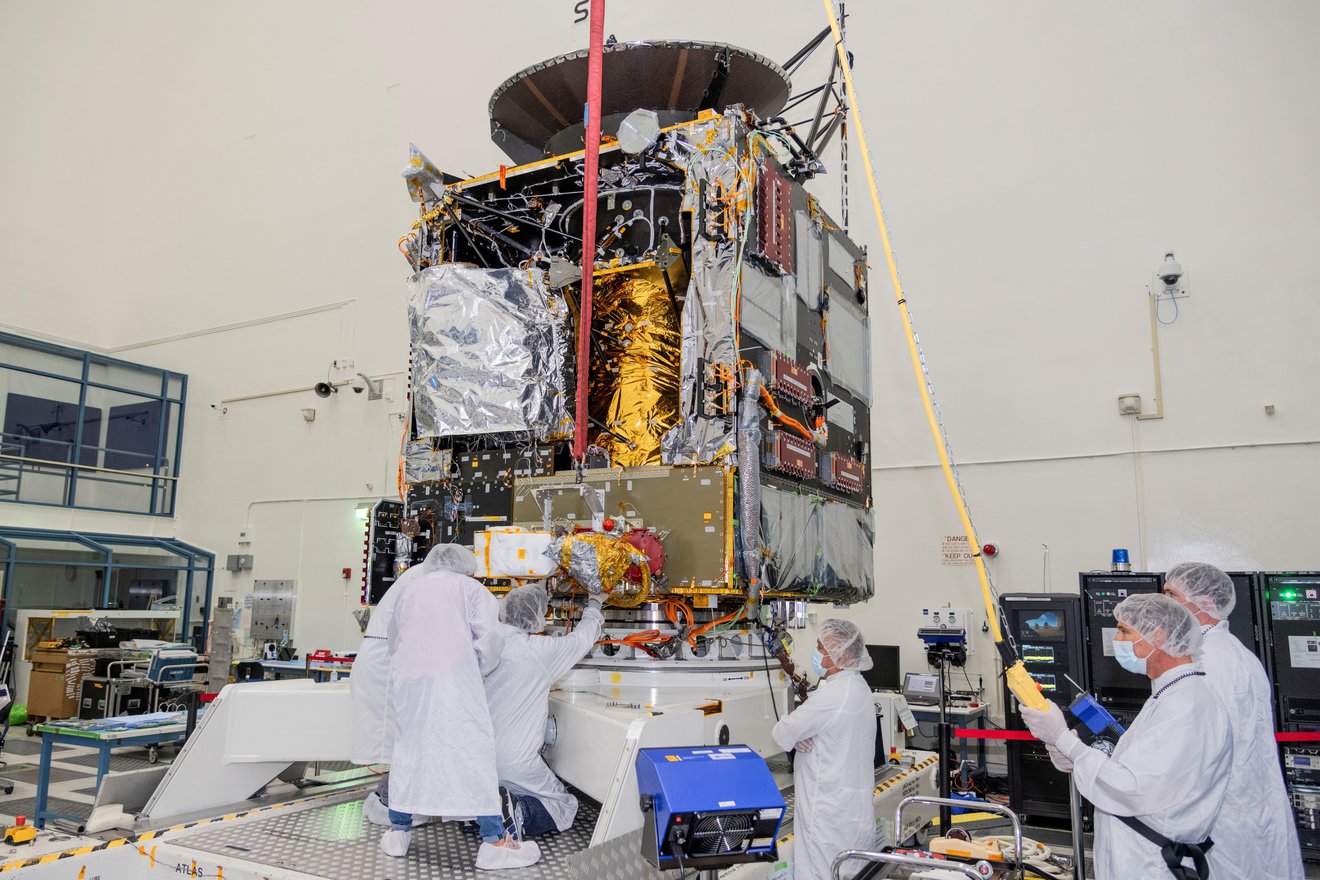 NASA describes Psyche as “about a singles tennis court in length, the size of a small Smart Car and the height of a regulation basketball hoop.”

According to NASA’s Jet Propulsion Laboratory (JPL),  private sector partner “Maxar Technologies has been using solar electric propulsion to power commercial communications satellites for decades.  But for Psyche, they needed to adapt the superefficient Hall thrusters to fly in deep space, and that’s where JPL engineers came in. Both teams hope that Psyche, by using Hall thrusters for the first time beyond lunar orbit, will help push the limits of solar electric propulsion.”

Arizona State University’s Lindy Elkins-Tanton, a principal investigator and leader of the Psyche mission, offers some backstory on the technology:  “Even in the beginning, when we were first designing the mission in 2012, we were talking about solar electric propulsion as part of the plan. Without it, we wouldn’t have the Psyche mission.  And it’s become part of the character of the mission. It takes a specialized team to calculate trajectories and orbits using solar electric propulsion.” 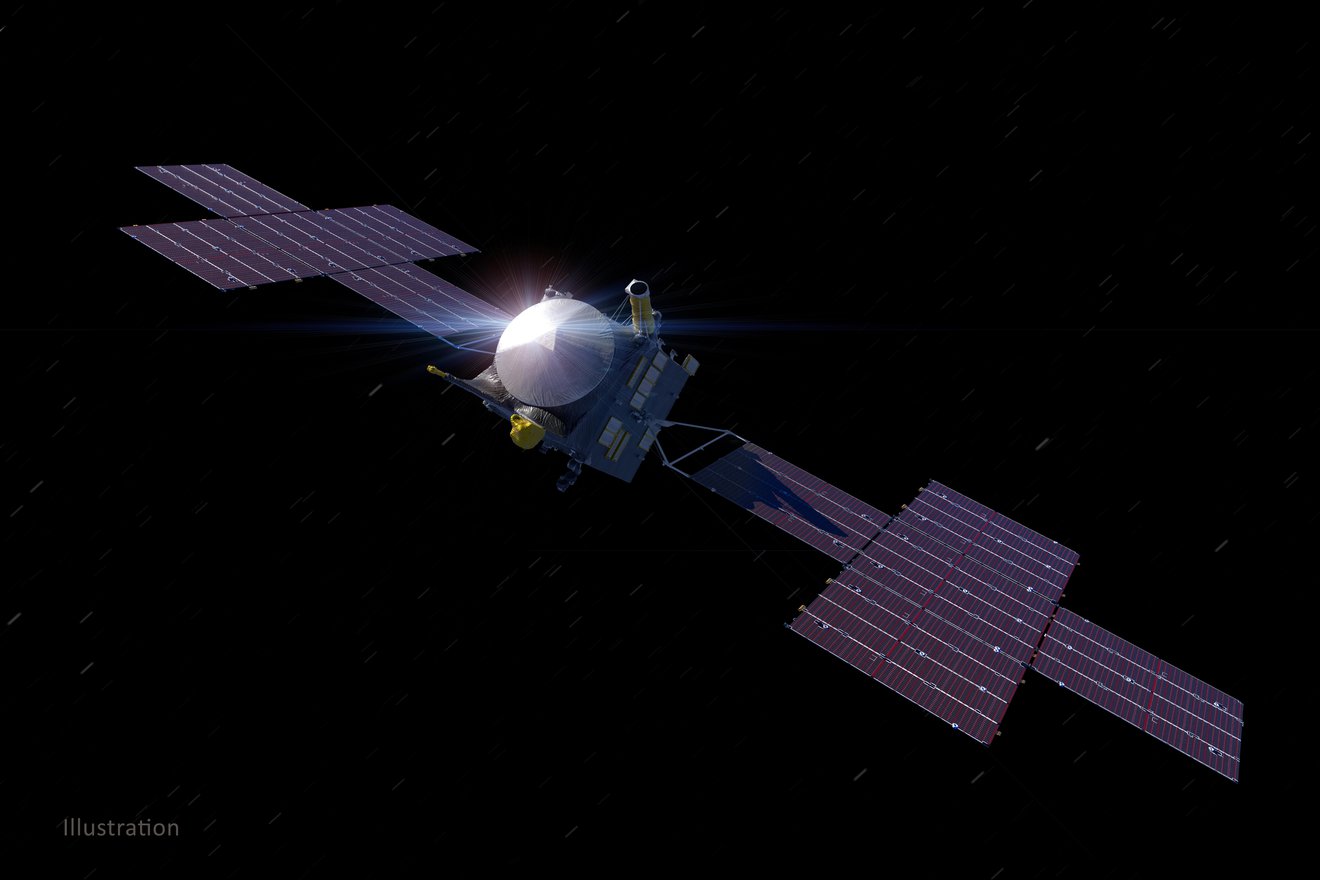 A rendering of NASA’s Psyche.