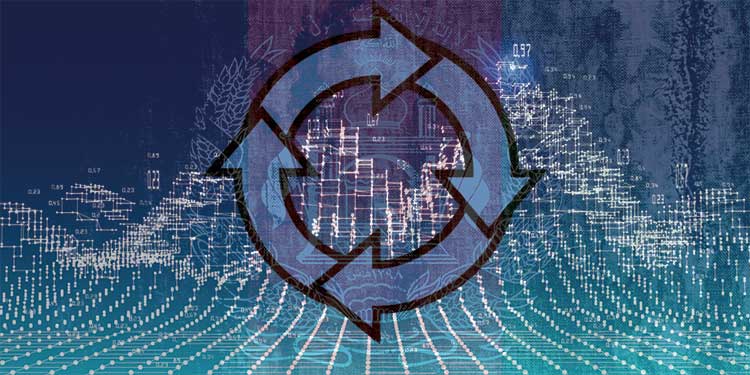 I am a member of OODALoop. The few discussions that I have been able to listen to thus far were extremely informative, especially the most recent one on Afghanistan and intelligence issues.  It prompted a few comments.

The point about the challenges faced by domestic intelligence collection is right is on target.

We have not yet figured out how to create an enterprise that brings material together from local PDs, feds, private sector, and foreign sources and shares it with those who need to know.  There are (or were) some good operations at the local level, but these were the result of individual initiatives and were difficult to institutionalize.  I also think that, as one participant noted, this is a major challenge resulting from the country’s political polarization, which will make intelligence collection more difficult.  This is not a new problem, but it has become more acute even in the last several years.

In 2013, I chaired a meeting of federal, state, and local officials involved in domestic intelligence collection. It provides a background to some of the issues that have yet to be resolved.

On the Afghanistan Issue – Hedging Bets?

When we think about how the American withdrawal from Afghanistan might affect strategic calculations elsewhere, we should not fall easy prey to past overstatements about the consequences of the loss of U.S. credibility.  However, there are insidious effects that should be kept in mind, especially if we go ahead with some kind of simulation.  A U.S. withdrawal like that in Afghanistan does not automatically lead to policy changes in foreign governments.  Some depend on the United States and have no other options.  In other cases, governments can distinguish between core commitments and marginal commitments and will not automatically assume that the American departure from Afghanistan means America’s abandonment of NATO or other key alliances.  Quite the opposite—America’s departure from Afghanistan may free resources to improve its capabilities to respond to its other commitments. Nonetheless, the erosion of credibility increases uncertainty, which causes governments and individuals to hedge their bets.

Hedging can take several forms:  It can mean being careful not to provoke a powerful foe who can be countered only with U.S. military might.  A NATO ally might adopt a version of Ostpolitik  – a policy of normalizing relations with the Soviet Union.  A nation might not so readily go along with U.S. sanctions or other diplomatic efforts.  A nation may deliberately put some distance between itself and U.S. policies.  Leaders may consider the utility with rapprochement.  Critics of a government fully committed to the U.S. might face challenges from those more critical of U.S. policies.

Hedging can also take place beneath government leadership.  There are reports that Afghanistan fell quickly with little apparent fighting because the Taliban had with bribes and offers (as well as threats) suborned provincial governors and military commanders to abandon their posts or surrender cities without a fight.  I am not sure whether such deals were made or, if so, how widespread they might have been, but the history of bribing defending forces has a long tradition in pre-modern warfare.  Neither am I sure whether U.S. intelligence was on to these.

We do better against technologically advanced foes than against militarily less advanced adversaries—tribes, for example.  We may have had little idea what was taking place that could completely obviate the theoretically superior numbers and more advanced weapons systems of the Afghan forces.  I am not saying that Taiwanese officials will be taking bribes from China, but that, threatened with complete destruction (the equivalent of a threat to sack the city) and offered a path that will allow continued existence and say production of microchips albeit under PRC supervision, a lot of individuals and individual companies are going be weighing risks, and the loss of U.S. credibility affects those calculations.

Hedging can take another form, which is to acquire an independent deterrent capability.  It led France to develop its own nuclear weapons.  Countries like Saudi Arabia, which have been thinking about nuclear weapons, may revisit their reluctance.  Japan and South Korea (and Taiwan?) could quickly and quietly move in that direction if they wanted.

The evacuation of Western nationals from Kabul, however chaotic, underscores a point that the United States has the military capacity to quickly mount such an effort.  Like it not, our NATO allies ultimately depend on U.S. power.  This has in the past led to initiatives by Europeans to develop their own independent capacity, but rarely has resulted in much.

If loss of credibility does not affect our major allies in Europe and in the Pacific, it almost certainly affects the calculations of our adversaries.  Where U.S. strategic relationships are assessed as marginal, for example, in Africa, our partners will be disheartened and our jihadist foes will be elated by the debacle in Afghanistan.  The U.S. tends to count troops and weapons only in any net assessment.  We tend to omit morale and the willingness to fight.  Despite superior numbers and weapons, Afghanistan collapsed rapidly due to a loss of morale, which the U.S. withdrawal, beginning last year, set the trajectory and was then recently reconfirmed.  I believe that war is increasingly about the manipulation of perceptions.  The Taliban won and we lost because of perceptions about outcomes.  These are now more effectively promoted on the Internet and in the media.

These are preliminary and admittedly hasty thoughts, intended primarily to provoke further discussion.  Please feel free to contact me directly at brian@brianmichaeljenkins.com

The world’s leading authority on terrorism & sophisticated crime, Brian Michael Jenkins serves as the Senior Advisor to the President of the RAND Corporation. He is also the Director of the National Transportation Security Center at the Mineta Transportation Institute. From 1989 to 1998, Mr. Jenkins was the Deputy Chairman of Kroll Associates, an international investigative and consulting firm. Responsible for the firm’s crisis management practice, he directed the responses to kidnapping and extortion cases worldwide. Before that, he was Chairman of RAND’s Political Science Department where, from 1972 to 1989, he also directed RAND’s research on political violence.

10 examples of smart contracts on blockchain