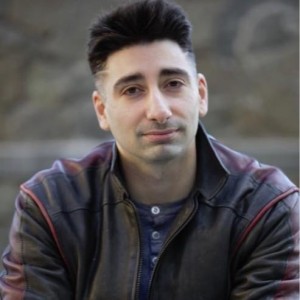 Mr. Terpandjian is the Director of Threat Research and Detection Engineering at a large financial firm. He is also the owner/founder of Fox Den Strategies, a firm dedicated to helping those get into cybersecurity without being kept at bay. He previously served as a senior incident
response consultant at Mandiant, where he focused on enterprise-wide incident response, ransomware investigations, compromise assessments, threat hunting program development and insider threat engagements. He is an alumnus of the Advanced Practical Social Engineering
Course taught by Social-Engineer Inc and the 'Becoming Odysseus' course by Red Team Journal/Watermark Institute. Mr. Terpandjian is the co-developer of the CHIMAERA threat
framework alongside Christina Lekati: a methodology dedicated to analyze threat actors through static factors including culture, history, art and non-technical profiling. He has spoken at a number of conferences in the security community to include: Security BSides, Layer One, Layer
8 and the Texas Cyber Summit. Tigran enjoys applying red teaming concepts to conduct threat hunting and is passionate about emulating an adversary. He also loves playing tennis and is an avid practitioner of Krav Maga and is an advocate for attribution mattering and imposing cost. “Boyd: The Fighter Pilot Who Changed the Art of War,” is a captivating and informative biography of Colonel John Boyd, a brilliant and innovative military strategist who made a significant impact on modern warfare. A brilliant jet fighter pilot, forward-thinking academic, and a creative military strategist, he was a talented but wildly eccentric individual. Boyd was a leading figure in the post-Vietnam War military reform movement, the author of the first manual on jet aerial combat, the primary designer of the F-15 and the F-16 jet fighters, and the architect of the wildly successful American military strategy in the Persian Gulf War, among other accomplishments. Robert Coram does a fantastic job of bringing Boyd’s complex and multifaceted personality to life, highlighting his brilliant mind, his fierce determination, and his unwavering commitment to his principles. The book delves into Boyd’s unconventional approach to military strategy, which emphasized speed, agility, and adaptability over brute force, and how he used his ideas to revolutionize the way the United States military fights wars. Review of On Grand Strategy by John L. Gaddis

In “On Grand Strategy,” Yale historian John Lewis Gaddis compiles a lifetime’s worth of reflection on what makes a statesman successful or unsuccessful. Similar to Edward Mead Earle’s “Makers of Modern Strategy”, it investigates the components of knowledge, temperament, and bravery that produce great leaders and resilient empires. The advantage of Mr. Gaddis’ book over its illustrious predecessor is that it is a more welcoming narrative which makes it far simpler for the reader to understand strategic teachings that spanned globally for millennia. However, “On Grand Strategy” does not convey the breadth of classical strategic historical analysis as comprehensively as previous works in the canon of writings on the history of strategy and strategic thinking.