According to a September report published in Dutch daily newspaper The Algemeen Dagblad (AD.NL), a record number of meth labs – 18 so far – have been seized in the Netherlands this year.

Labs discovered in the Netherlands are typically larger-scale production sites than what are typically reported in Europe, according to the European Monitoring Centre for Drugs and Drug Addiction (EMCDDA). Larger production capacity is partially owed to the fact that the recipe exported by Mexican chemists helps producers optimize meth yields and minimize waste.

Just one lab in Wateringen that was dismantled by Dutch police in February 2019, and which netted the arrest of three Mexican nationals from Sinaloa, resulted in the seizure of hundreds of kilograms of crystal, with an estimated street value of € 80 million.

The Wateringen raid aligns with a growing trend cited by authorities, regarding the participation of Mexican nationals in Dutch and Belgian drug labs, including MDMA and meth, over the last several years, according to Dutch media outlet Het Parool.

In the last two years, at least seven Mexican nationals have been arrested in the Netherlands for producing synthetic drugs, according to Dutch media reports. Moreover, “two leaders of the feared Mexican Sinaloa cartel appear to have visited the Netherlands last year” on tourist visas, claims the AD.NL report.

Max Daniel, head of operations for the Dutch National Police, said information mined by law enforcement from the EncroChat hack earlier this year revealed the nature of the cartel operatives’ visit.

Meanwhile, the surge in meth-lab raids in 2020 crystallizes a troubling trend that has emerged over the last six years. While no meth labs were uncovered by Dutch police in 2014, they found three in 2016, eight in 2018, and nine last year.

However, the dearth of meth-lab discoveries in past years doesn’t not mean they were not operating in the Netherlands. Daniels told Dutch media that there could have been as many 10 active labs in his country back in 2014.

But it was the EncroChat takedown last Summer that helped authorities map out the operating footprints of these industrial-scale Dutch crystal-production networks.

For the uninitiated, a pan-European, law-enforcement task force led by French and Dutch investigators dismantled the EncroChat encrypted phone service over several months, beginning sometime last Spring. This dragnet culminated in a major takedown on July 2, which has led to over 800 arrests throughout Europe.

During the surveillance stage of the probe, European police agencies intercepted over a hundred-million text messages exchanged between some 60,000 largely criminal EncroChat users in real-time, according to Vice news reports and a press release authored by the UK’s National Crime Agency on the day of the takedown.

While the Gendarmerie, France’s national police, gained these underworld insights by hacking EncroChat’s servers with malware in a likely over-the-air (OTA) attack, Dutch law enforcement managed to compromise the devices themselves, according to new reports.

A recent letter from two Dutch public prosecutors alleges that the Netherlands Forensic Institute manually cracked the pretty-good-privacy (PGP) encryption of EncroPhones in their custody.

The NFI is a partner of the CERBERUS project, which is a French-led consortium research organization aimed at combating child exploitation by “beating encryption.” CERBERUS researchers “accelerated the investigation,” according to an English translation of the French EncroChat press release.

While previous reports from Shadow Banker and Vice highlighted the use of EncroChat by Sinaloa cartel members in the Americas, it is only now coming to light that clandestine chemists linked to the group may have used EncroPhones while cooking ice in the Netherlands.

Earlier this summer, the BlueLeaks data dump exposed a Federal Bureau of Investigation intelligence report prepared by field offices in San Diego, Tampa, and New Orleans that said a Sinaloa-linked transnational criminal organization in Mexico had been “acquiring Encrochat phones from contacts in Europe” since November 2018.

Now, Dutch cops are saying that freelance chemists operating with the consent of the Sinaloa cartel are also cooking ice in the Netherlands and teaching local drug gangs their sustainable recipe.

However, Suzanne van de Graaf, a senior spokesperson for the Dutch National Police, said “a strong presence of the Sinaloa Cartel in our country is slightly exaggerated.” She emphasized that the two confirmed cartel members cited in media reports only visited once.

However, it should be noted that now-deceased senior Sinaloa cartel member and former chief enforcer, José “El Chino Antrax” Rodrigo Arechiga, was arrested in Amsterdam in 2013 while attempting to travel there for what appeared to be a New Year’s holiday.

Archiega, his sister, and her husband were found murdered in Mexico last May after the ex- hitman fled his supervised release from prison in San Diego.  Still, the Arechiga case illustrates that Sinaloa cartel members have documented history in the Netherlands, even If recreational.

“We’ve arrested some Mexican drug traffickers this past year and they might have a relation to the Sinaloa cartel. It doesn’t mean they are members of the cartel, but we assume the cartel knows about their presence in the Netherlands,” said de Graff.

Gen Oorth concurred with de Graff, saying: “It often remains unclear whether these suspects are linked to Mexican groups or operate as independent contractors on behalf of EU-based organised crime groups.”

Regardless, Mexican specialists have taught their Dutch narco-counterparts how to maximize yield efficiency when cooking ice using an increasingly popular amphetamine precursor known as benzyl methyl ketone, or BMK.

The EECDDA’s 2020 European Drug Report notes: “An important development, detected in the Netherlands in 2019, was the production of methamphetamine from BMK, with the involvement of Mexican nationals.”

BMK is the main precursor for the production of amphetamine, according to Europol. The AD.NL report notes that the Mexican cartels ditched the traditional ephedrine recipe around 2007 in favor of less expensive BMK from China.

In 2015, Europol seized a record haul of BMK approximating roughly seven tons in Poland, which borders the Czech Republic to the South. This precursor shipment was sourced from China, according to the Europol press release.

When cooking crystal meth, however, BMK has traditionally presented a problem for producers because half of the final chemical reaction yields waste. But Mexican chemists innovated a technique to refine all previously unusable byproducts into methamphetamine salt.

By continuously repeating the process, Sinaloa cartel-linked specialists are thus able to maximize the output of useable meth-salt yields.

The Mexican’s production method can also be interpreted as more eco-friendly than other methods. The EMCDDA’s 2019 drug report noted: “The dumping of waste products from synthetic drug production results in environmental damage, health risks and high clean-up costs”

However, saline meth is still not as valuable as the drug in crystalline form. This is where the second component of the Mexican’s chemical expertise enters into the equation.

“The larger and purer the crystals, the more expensive the drug. The Mexicans master this final process to perfection,” writes AD.NL. Mexicans are likely using hydrochloric acid to crystallize meth salts, according to Steve Preisler, the notorious author of the book, Secrets of Methamphetamine Manufacture, which he wrote in prison under the pseudonym, “Uncle Fester,” in 1985.

While the EECDDA said in their 2019 report that meth “consumption has historically been restricted to Czechia and Slovakia,” de Graaf said Dutch trafficking patterns indicate a paradigm shift.

“Meth produced in the Netherlands is being exported all over the world. We hardly have any crystal meth users here. But Dutch drugs traffickers have found a very lucrative market in producing crystal meth instead of the regular amphetamine.”

“While some of this methamphetamine from Mexico may be available on the EU drug market, the amount of the produced methamphetamine is much higher than the demand for this drug in Europe,” noted Gen Oorth.

The Europol spokesperson said that meth “produced in Mexico transits through Europe, usually with a final destination in the lucrative markets of Asia or Oceania.”

The United Nations Office of Drugs and Crime estimates that the retail market for meth in the Asia-Pacific region ranges between $30.3 and $61.4 billion annually.

Additionally, the APAC meth market is dominated by the Sam Gor organization, which is an ethnically Chinese-led alliance of five triad families that controls 40 percent to 70 percent of the wholesale regional market, according to the UNODC.

During the COVID-19 pandemic, the business of meth has become even more lucrative for APAC traffickers. As of June,  the per-kilo price of ice has roughly doubled from the $90,000-to-130,000 range all the way up to $200,000, according to the Drug Enforcement Administration.

Gen Oorth also said that prior to the entrance of cartel-linked operatives, large-scale meth production in Europe was dominated by Vietnamese organized crime groups (OCGs) operating in the Czech Republic. The Europol spokesperson said there is even intelligence that some of these Vietnamese producers have migrated their operations to the Netherlands.

But today, meth is “increasingly trafficked to the EU from Mexico using post and parcel services and air couriers. There has been an increase in border seizures of methamphetamine in post and parcel services in several Member States. In addition, larger quantities of methamphetamine are also trafficked from Mexico via air couriers into EU airports,” said Gen Oorth.

The Europol spokesperson cited the 2019 seizure of 2.5 tons of meth in Rotterdam secreted in a false wall of a commercial building as an example of this trend. The drugs had a street value in the hundreds of millions of euros, according to Dutch police.

The seized meth was “believed to be intended for exportation to destination markets other than the Netherlands,” said Gen Oorth.

“The shipment arrived in the Netherlands via Spain, but the involvement of Mexican suspects and/or organized crime groups in the production and trafficking is suspected,” he added. 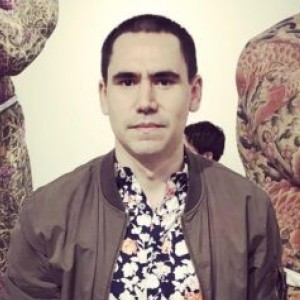 Tim Lloyd is a risk analyst and threat-finance reporter at Shadow Banker Media, where he is also the CEO. He was previously a financial advisor at Morgan Stanley. Now, he writes about the private fund industry, AML compliance, and cyber-threat intelligence. He has reported on issues such as FBI concerns over laundering risks in private equity and hedge funds and emerging cyber-enabled financial crime risks for Thomson Reuters Regulatory Intelligence, Vice Motherboard, and many other media outlets.