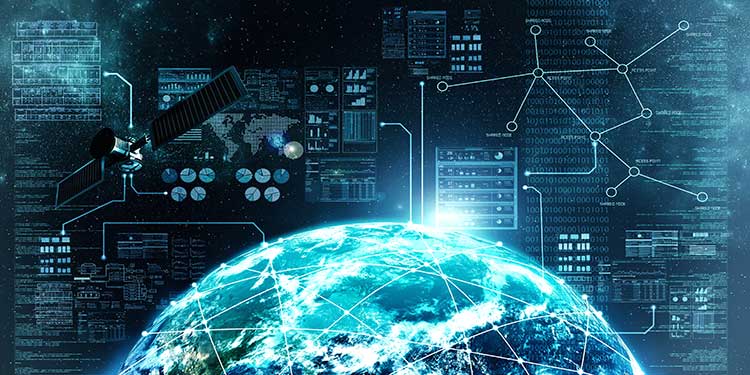 Quantum Key Distribution on Land and in Space

Quantum key distribution (QKD) is an exciting application of quantum technologies that has exploded in the past decade.  QKD is used to share encryption keys across an established optical link or network. QKD can be used to generate a secure, shared secret key between two users. This key is then used in an algorithm to encrypt message traffic.  The big advantage QKD offers is that any attempt to read the information stored in the photons would destroy the message and be immediately detected. Quantum cryptography is fundamentally viable today in the laboratory and used in some high-end security applications, like banking and stock trading, that can rely on dedicated short distance physical fibers. Lisa J. Porter has successfully lead some of the world’s largest and most critical technology efforts. Her career started with a focus on academic rigor in pursuit of some of the toughest degrees, a B.S. in Nuclear Engineering from MIT and a PhD in Applied Physics from Stanford. She would later lecture at MIT and then became a researcher for DARPA related projects, eventually becoming a DARPA program manager. Dr. Porter would later lead NASA’s Aeronautics Portfolio, would become the first Director of the Intelligence Community’s IARPA, became President at Teledyne Scientific and an EVP at In-Q-Tel, and then was named to be the Deputy Under Secretary of Defense for Research and Engineering, an office which is essentially the CTO for the entire Department of Defense. As Their Ties Strengthen, Will Iran and Russia Coordinate Their Influence Campaigns?

Iran and Russia have a relationship that has wavered between strong mutual support and contention.  Currently, the two have drawn closer having the same strategic goal – offsetting U.S. influence in the Middle East.  Russia provides Iran with significant economic and military support. With sanctions applied against Iran by the United States and Europe, Tehran has forged closer economic ties with Moscow, highlighted by Iran’s joining a free trade agreement with the Eurasian Economic Union, of which Russia is prominent member. This post dives into what CEOs and other business leaders should know about this geopolitical dynamic. The Navy and Marine Corps recently released their long-awaited Unmanned Campaign Framework.  This is a continuation of the drop-down documents spawned by the National Defense Strategy and meant to bolster the Naval Service’s commitment to shift their attention to “near-peer competitors”.

This is How They Tell Me Cyber Peace is Achieved

The well-worn martial cliché says that no matter how elegant your plans, it is important to remember that the enemy gets a vote in how successful they are. The transition of military and intelligence activities to cyberspace didn’t change that, but it got more complicated because the traditional calculus rarely incorporated non-state actors and their ability to project power online (a monopoly held by states in meat-space, but possible by anyone in cyberspace). Should platforms decide to take a more active and prominent role in these issues, it won’t just mean that they too get a vote: they get a veto.

School Shooting in Russia Leaves at Least 8 Dead, Including Children