“Iran topped a recent list of repressive regimes that most aggressively restrict Internet freedom. The list, published by Reporters Without Borders, is a part of the 2012 edition of the organization’s Enemies of the Internet report. One of the details addressed in that report is the Iranian government’s bizarre plan to create its own “clean” Internet. The proposed system, an insular nation-wide intranet that is reportedly isolated from the regular Internet, would be heavily regulated by the government.”

(Source: Iran plans to unplug the Internet, launch its own “clean” alternative.) 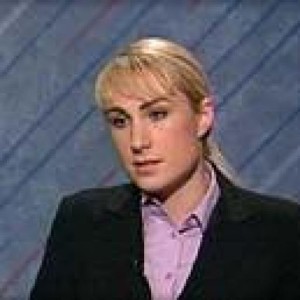 Rebecca Givner-Forbes started her career as a counterterrorism and Middle East analyst in 2004 at the Terrorism Research Center after graduating from Georgetown University's School of Foreign Service. She will graduate from Georgetown University Law Center in May 2012, where she has focused on National Security law subjects and has continued to work part-time as an analyst. She has authored or co-authored several studies on counterterrorism and Middle Eastern politics for several US government agencies, law enforcement entities, and private companies. During 2007 and 2008, she worked in Singapore as the head of a Middle East analysis team at a counterterrorism think tank at Nanyang Technological University and earned a Master of Science degree in Strategic Studies. From 2004 to 2010, Rebecca also provided training to government, military, and private sector clients in counterterrorism, Arabic language and Arab culture, and Jihadist strategy and ideology. She speaks and reads Arabic, which she studied at Georgetown University, in Cairo, Egypt and in Damascus, Syria.