Editor’s note: This post is the second of a three part series based on a paper examining Chinese use of cellular technologies (including the threat to US interests) by Charlie Parton. For the full paper see: Cellular IoT Modules- Supply Chain Security -bg

The Chinese government is actively driving the adoption of NB-IoT standards, and companies involved in the NB-IoT market are implementing them.[1] The relationships between Chinese technology companies that are the suppliers of IoT devices and the companies that are the suppliers of the cellular modules that enable them is key. Often conversation on risk associated with Chinese companies exporting technology globally focuses on the visible companies, overlooking the many others that sit within their supply chains.

China’s two dominant players in the IoT module market are Quectel Wireless Solutions Co. Ltd.  (Quectel) and Fibocom Wireless (Fibocom). Of the two, Quectel is significantly larger and is regarded as a market leader. Both companies develop products which have specific security applications. One of Quectel’s cellular IoT modules, the AG215S, for example, is described on the company’s website as “supports the global, US, EU and China National Security Algorithm, which can greatly boost security in vehicle communications.”[2]  Fibocom, meanwhile, provides 5G cellular modules for police UAVs in China.[3]

Quectel, Fibocom and China Mobile are the key suppliers of cellular IoT to a Chinese ecosystem of technology companies which includes HikVision, HiSilicon, DJI, and ZTE (these four companies are already subject to export controls in the United States). Quectel and Fibocom are intimately connected with these companies, sharing R&D, funding, staffing and ownership (one board member at HikVision is listed as a major shareholder at Quectel).This ecosystem of technology companies contributes to the CCP’s Military Civil Fusion policy, playing an important role in the modernisation of the Chinese military and security apparatus.

Quectel (上海移远通信技术股份有限公司) Founded in 2010 under the leadership of its current CEO and Chairman of the Board Qian Penghe. It develops modules on almost every chip platform available in the market. This makes it particularly popular for high end integrators, as it allows product designers and private consumers to choose the right module for their device. Two-thirds of revenue comes from China, but the company is growing in North American, European and Middle Eastern markets. Quectel has maintained revenue growth of over 50 percent in each of last four years, and the company has invested in s own production lines.

Fibocom Wireless (广和通) Founded in 1999, its co-founder and current CEO is Ying Lingpeng. Fibocom focuses more on bespoke collaborations with other market leaders. For example, through this strategy it has established itself as exclusive module partner of Intel for the mobile computing market, most recently on the Intel 5G Solution 5000 wireless chipset. Fibocom has cooperated with many well-known smart security IoT companies, such as Tuya Smart, Hikvision, Qingxin Internet, to offer IoT modules for security products.

Quectel and Fibocom, like all other Chinese companies, are bound by China’s national security laws. Recent state security laws, such as the 2017 Intelligence Law, have not changed the long-standing de facto practice of state power in the PRC, but have further codified the expectation that in the PRC everyone is responsible for state security.[5] PRC- based technology companies tend to acknowledge their own exposure to legal risks emanating from the current data security system being developed in the PRC in their privacy policies.[6] A Quectel privacy policy, for example, states the company does not share, transfer and publicly disclose personal data unless relevant laws oblige them to do so. It specifically lists as examples laws state security and national defence, public safety, public health and major public interest, criminal investigation. [7]  Fibocom’s searchable privacy policy, which applies to website, says “all persons entering and using the Fibocom Platform shall comply with the terms herein and the laws of the People’s Republic of China. For any violation of these rules, Fibocom shall have the right to pursue legal and fair remedies.”[8]

Beyond these general risks of exposure to the Chinese party-state’s demands, which apply to all PRC companies, both Quectel and Fibocom have links to other PRC companies that are suppliers for PRC IoT devices.

Fibocom and Quectel products can remain sitting within the supply chains of the national defence ecosystem of the US and allied countries. Ironically, by highlighting two specific companies, Fibocom and Quectel, we can see that company-specific approaches to assessing risk is not, as it stands, adequate enough to address IoT supply chain security issues. Huawei’s relationship with Fibocom suggests a strategy which is to establish dominance in the NB-IoT market.  In May 2022, Canada announced plans to ban the use of Huawei and ZTE equipment from use in 5G infrastructure, citing national security concerns Companies using equipment or managed services from the two Chinese companies have until 28 June 2024 to remove the equipment. The announcement said that the two companies ‘could be compelled to comply with extrajudicial directions from foreign governments in ways that would conflict with Canadian laws or would be detrimental to Canadian interests.’[28]

While Canadian policy addresses the de facto relationship with Fibocom, it does not change Fibocom’s significant presence in Canada. Fibocom has expanded into the vehicle IoT market by acquiring the Canadian company Sierra Wireless Automotive group in 2020 for UD$165 million, under the consortium Rolling Wireless. It subsequently hired Sierra Wireless management to run Rolling Wireless and overseas business, while also hiring from other module vendors to expand in the US. Fibocom is also expanding into Western markets through its relationship with Intel. The company has displaced other competitors to win designs with western PC manufacturers, such as Lenovo, Dell and HP, which now use Fibocom modules in their off the shelf computers. In the past year, Quectel launched a new original design manufacturer brand, Ikotek, targeting the US and Latin America. It is also trying to break into the overseas automotive market by placing its network access device modules in foreign electric vehicles.

[12] Federal Register: Addition of Entities to the Entity List

[15] The Special Committee of the Internet of Vehicles of the China Central Telecommunications Association: http://www.dvbcn.com/p/47707.html 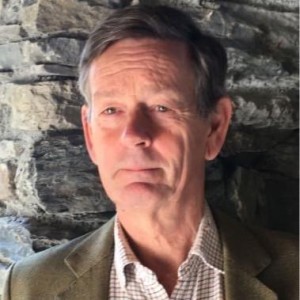 Charlie Parton spent 22 years of his 37 year diplomatic career working in or on China, Hong Kong and Taiwan. In his final posting he was seconded to the EU Delegation in Beijing, where he focussed on Chinese politics and internal developments. He has also worked in Afghanistan, Cyprus, Libya and Mali. In 2017 he returned to Beijing for four months as Adviser to the British Embassy to cover the CCP’s 19th Congress. He has been a Specialist Adviser on China to the UK Parliament’s House of Commons Foreign Affairs Committee. He is a Senior Associate Fellow of the Royal United Services Institute, a Senior Fellow at the Berlin based think tank MERICS, and a fellow at the Council on Geostrategy. He has published extensively in the Spectator, The Times, the Daily Telegraph, as well as making regular appearances on the BBC, Sky News, France 24, LBC and other media. He is a frequent speaker at conferences on China in Germany and other EU countries, as well as in the US. His interest in China focuses in particular on the Chinese Communist Party and its methods of governance, as well as on UK – China relations.