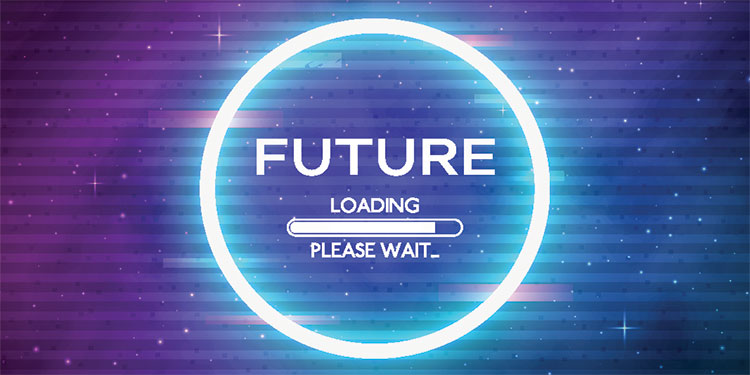 “The growth of systems-based technology and platforms is disrupting traditional approaches to technology protection…explore perspectives on protecting U.S. technological advantage in an era of openness and competition.”

As OODA CEO Matt Devost mentioned at OODAcon 2022,  Razor’s Edge Ventures recently made a commitment to national security investment to enhance American competitiveness by closing on a fund dedicated to “current technology areas of interest for the firm, which are informed by strategic U.S. national security priorities, [such as] autonomous systems, space technologies, cybersecurity, artificial intelligence/machine learning, digital signal processing, and other aerospace and defense technologies.” (1)

Razor’s Edge efforts are very similar to that of America’s Frontier Fund and the Quad Investor Network.  The venture capital community is focusing its efforts on this sector, which has been formatively dubbed the “defense-related technologies” or “defense capabilities” sector.  Others are calling it “Hacking for Defense“.

On one level, the VC community’s pivot of its attention towards national security and innovation is the “dollars and cents” of it all.  But what about the “sense” of it all – i.e. the creative ideas, strategic vision, and program management structure to succeed?  It all falls under the umbrella phrase used by the USG (especially within DoD and DARPA) and what the OODA Network frames as “Deep Tech” –  with the historic record of the strategic challenges of innovation in this space characterized as the Valley of Death.

This conversation of “So What?” and “What Next?”  – as we say here at OODA Loop –  has expanded over the last few months (and innovated in and of itself) in the form of the following seminal articles and reports:

In late September, The National Academies of Sciences, Engineering, and Medicine also weighed in on this vital discussion of National Security Investment and American Competitiveness.  Details of the report can be found here.

– The National Academies of Sciences, Engineering, and Medicine

U.S. leadership in technology innovation is central to our nation’s interests, including its security, economic prosperity, and quality of life. Our nation has created a science and technology ecosystem that fosters innovation, risk-taking, and the discovery of new ideas that lead to new technologies through robust collaborations across and within academia, industry, and government, and our research and development enterprise has attracted the best and brightest scientists, engineers, and entrepreneurs from around the world. The quality and openness of our research enterprise have been the basis of our global leadership in technological innovation, which has brought enormous advantages to our national interests.

In today’s rapidly changing landscapes of technology and competition, however, the assumption that the United States will continue to hold a dominant competitive position by depending primarily on its historical approach of identifying specific and narrow technology areas requiring controls or restrictions is not valid. Further challenging that approach is the proliferation of highly integrated and globally shared platforms that power and enable most modern technology applications.

To review the protection of technologies that have strategic importance for national security in an era of openness and competition, Protecting U.S. Technological Advantage considers policies and practices related to the production and commercialization of research in domains critical to national security. This report makes recommendations for changes to technology protection policies and practices that reflect the current realities of how technologies are developed and incorporated into new products and processes.

The study — undertaken by the Committee on Protecting Critical Technologies for National Security in an Era of Openness and Competition — was sponsored by the Defense Advanced Research Projects Agency and the National Science Foundation. The National Academies of Sciences, Engineering, and Medicine are private, nonprofit institutions that provide independent, objective analysis and advice to the nation to solve complex problems and inform public policy decisions related to science, technology, and medicine. They operate under an 1863 congressional charter to the National Academy of Sciences, signed by President Lincoln. (4)

Changes in the research and competitive environments require a new approach

Historically, efforts to protect the many U.S. advantages associated with technology leadership were grounded in policies aimed at protecting specific critical technologies from unauthorized disclosure, production, or use by adversaries. The risks associated with these discrete technologies — which typically had limited uses clearly related to national or economic security — could be managed by applying controls or restrictions on their development, manufacturing, use, acquisition, or trade.

More recently, heightened concerns about the potential loss of U.S. leadership in critically important technology areas have led to increased worries about the need to escalate protection and restrictions for certain technologies involving biotechnology, artificial intelligence and machine learning, and quantum computing, among others.

However, the escalation of such restrictions is unlikely to work and may even backfire, said the study committee. The nature of technology development and global competition have changed in ways that make such protections harder to impose and less effective.

For example, military technologies have become increasingly dependent on technology development in the commercial sector. Also, science, technology, and innovation are much more multidisciplinary and multinational today than in the past, which complicates efforts to protect individual technologies from military or commercial competitors. Moreover, many new technologies are developed and produced using systems of enabling technologies — platforms such as 5G and the internet — that have many potential applications, often at a global scale. Such platforms cannot be protected with restrictions on use or knowledge without causing widespread problems with other technologies that share those platforms.

The nature of the competitive environment has changed as well. Given the strong R&D ecosystems of other countries, it is likely infeasible to prevent competitors from developing technologies similar to those developed in the U.S. by restricting access to those technologies, the report says. In addition, the U.S. now faces an adversarial near-peer competitor — China — that over the past two decades has systematically pursued strategies for dominating technology development in key areas. China has been making massive investments in R&D, has a well-educated labor force three times larger than that of the U.S., and has sought to attract talent from other countries.

In addition, China is willing to obtain technology through the acquisition of companies, foreign-talent programs, and the theft of intellectual property — and it has learned that the U.S. will often react to such actions by instituting bureaucracies that slow the United States’ own capacity to innovate, the report says.

The U.S. research community has seen an extraordinary increase in the number and complexity of policies, processes, procedures, and requirements governing the conduct of science and technology R&D, the report says. That expansion, combined with the increasing array of government stakeholders exercising authority in this realm, has created a complex set of rules that limits the exchange of ideas, participation by others, and international collaboration — slowing the pace of research and making research environments less attractive to talented people.

“Risks in the new global R&D ecosystem cannot be managed in that way without posing a new risk — that of inadvertently slowing the development and application of technologies and limiting the United States’ competitive advantage,” said committee co-chair Patrick Gallagher, chancellor of the University of Pittsburgh.  (4)

The report recommends a  “range of actions the federal government should take to maintain the United States’ global leadership in science and technology:

The report recommends steps the federal government should take to strengthen the nation’s capacity to innovate while managing risks associated with critical technologies, including:

Purchase a hard copy of the report at:  Protecting U.S. Technological Advantage |The National Academies Press