Manned Attack Helicopters will remain an essential part of the Vertical Lift Force in the United States for the foreseeable future, despite the recent proliferation of unmanned aerial vehicles. As the existing fleet of manned attack helicopters approaches end of life, the U. S. Military prepares to replace, update and repair these critical assets.  Additionally, DoD has allocated significant resources to develop a future program which includes manned attack helicopters that can work seamlessly with the existing fleet and other next-generation capabilities.   DoD has no intention of transitioning to 100% unmanned vertical lift.

To ensure better Joint interoperability, Army has been designated the Lead Service for the Future Vertical Lift program.  They have established a cross functional team to look at existing and future assets and how they will integrate together.  Army remains committed to maintaining a fleet of manned attacked helicopters, and they have been designated the Lead Service to develop the future vertical lift capabilities for DoD, including the Navy, Marine Corps and Coast Guard.  In July 2020, the U.S. House of Representatives released their 2021 Defense Funding Bill.  It included:

Unmanned Vehicles are no longer a cutting-edge technology – they are fully capable systems that will completely change the way we insert power.  For the past decade, we have observed a veritable beauty contest of new unmanned systems, all dressed up and competing for our attention (and funding).  Whether you are looking at air, sea or subsurface, the payoff is just too tempting to ignore.  Who would want to recruit and train Military men and women to conduct dangerous missions, when there is an effective, affordable and safe alternative?  Aside from the obvious question of keeping our service members out of harm’s way, consider the tremendous costs of maintaining our Armed Forces – from training, to health, to salaries and pensions.  Unmanned systems won’t go away.  However, it will be some time before they can become a total solution to a military problem.

During the hectic years when the U.S. was fighting on two battlefields in Iraq and Afghanistan, many unmanned systems were rapidly acquired and thrown onto the battlefield to explore their capabilities.  A live operating environment can quickly identify the strengths and weaknesses of new platforms. By giving our deployed Airmen, Seamen and Soldiers some of these cutting-edge technologies to work with, some excellent lessons were learned and new ways of using manned and unmanned systems together were explored.

As we have drawn down from these two campaigns, Program Managers have concentrated on reducing the variants, identifying the common features for systems that meet operational demands, and building out affordable, multi-mission systems (of systems) for future fights.  Combatant Commanders have gathered the operational lessons learned to rewrite the Operational Plans and define Tactics, Techniques and Procedures that incorporate manned and unmanned systems, working together.

The Department of Defense has attempted to define the seams between the manned side of a mission and the unmanned side of a mission.  Manned-Unmanned Teaming codifies the levels of capability that will represent a synchronized deployment of manned and unmanned vehicles.   There has been a great amount of energy devoted to testing these seams to determine exactly how much “unmanned” an operation can tolerate – and still maintain 100% situational awareness of the tactical outcomes.

Using manned and unmanned systems together takes a lot of computing power for information sharing, situational awareness, coordination, and synchronization. Advances in Artificial Intelligence (AI), Cyber and 5G technology will be huge enablers as they mature.  Human factors, such as task saturation and excessive workload, continue to plague pilots when teaming with unmanned systems.  Routinely, exercises have demonstrated that pilots become visually overloaded and distracted during teamed missions, often resulting in reduced operational situational awareness (sometimes even motion sickness!).

Navy and Marine Corps Unmanned Aircraft Systems have seen an increasing number of mishaps over the past few years, despite a significant decrease in operational hours.  Most problems are related to the human-machine interface.  The 2019 Navy Safety Center Annual Report identified 26 accidents related to unmanned aerial vehicles.   48% were tied to human factors and resulted in unexpected climbs and descents, unanticipated turns, and other mission control station related events that created unsafe conditions.

The U.S. expends considerable time and resources to work on these issues.  DoD closely examines manned-unmanned teaming efforts during all the major operations, exercises and war-games. Consider Vertical Lift.  Helicopters are extremely adaptive and versatile, fitting into many different mission sets, from troop transport, to search and rescue, to attack.   Most of the results of teaming manned helicopters and unmanned systems have been positive.  We constantly discover that unmanned resources can expand our operations in a positive direction.  They can be the first platform onsite in a hostile environment to perform intelligence, surveillance and reconnaissance that will inform the upcoming mission.  Many of them can remove some of the warfighters obstacles by jamming the enemy’s systems.  They can expand the network around the battlefield to our advantage.  They can pre-deploy needed logistics, so the warfighter has resources on the ground when he/she gets there.  They can refuel forward deployed assets.  Manned helicopters, however, will continue to be an essential asset for the foreseeable future, despite the advantages of unmanned systems.

If you had asked me ten years ago how Artificial Intelligence would change the face of warfare, I would have given you a very long list of game changing transitions … most of which are STILL on the ten-year horizon.  Manned-unmanned teaming depends on artificial intelligence and machine learning to fully execute the mission.  The mathematical possibilities during air combat are too complex for Artificial Intelligence (AI) and Machine Learning (ML) to understand the context, choose between authorized line of effort/operation, choosing the correct goal from conflicting goals, interpreting and handling new situations.   We aren’t there yet.  While much research and experimentation are ongoing to expand AI for this purpose, it remains an elusive goal.  Once reached, the man (woman) will still be necessary as AI/ML will lack moral decision-making tools inherent in humans.   How will we be able to 100% understand the results of these complex algorithms and the biases that have been coded into their formation, to ensure that the cultural and moral objectives of our Defense Strategy are being honored?

Finally, Interoperability with our Allies is extremely important.  The US works very hard to make sure our closest partners have weapons platforms that can operate with US systems.  Changes in design on the US side carefully consider the consequences on the assets held by our coalition partners.  Unfortunately, due to the ragged nature of unmanned system roll out, this type of careful coordinated planning hasn’t occurred.  If we want to conduct a mission involving vertical flight as a coalition (and we rarely do it without!), we will need to rely on manned aircraft for the near foreseeable future.

In a tech enabled world where multiple capabilities are converging with each other it is important to consider the many other related domains that will impact manned helicopters. Some of the related OODA member resources to track include: 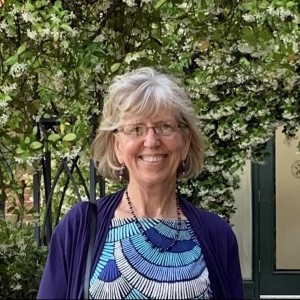