This last week we saw a mass shooting at YouTube headquarters in Mountain View, California, and in February there was a far more horrific mass shooting and mass murder at a high school in Parkland, Florida. The temptation is to focus on the guns, hiring more security or assigning more police. However, this is reactive or “fortress” thinking, and a gun is but one means of attack. Our collective goal is not to just respond to acts of terror, but to prevent them.

In both cases, authorities had clear, unambiguous warning about the potentially violent threat. It wasn’t just someone casually observing “suspicious activity,” but it came from people who knew the eventual perpetrators very well and their likelihood of violence.

Both YouTube and Parkland were dramatic examples of failed information sharing and threat assessment. These broad “intelligence” functions are both key initiatives under the United States Department of Homeland Security (DHS), and ascribed to the DHS sponsored fusion center program. Many have been quick to blame the FBI, or even the local police or sheriff’s department(s), but the primary fault within these functions, tied to our overall inability to prevent the attacks, is more substantively found with DHS. At its root, it’s a failure of leadership, program management and oversight.

There is a DHS sponsored fusion center in the San Francisco Bay area where YouTube is located, and Southern California where the YouTube shooter lived, and Southern Florida where the Parkland attacker both lived and conducted his attack. So, what happened? If our “system” gets a valid suspicious activity report with reasonable warning time, and we still can’t stop the threat, then regardless of placing blame on a specific agency or individual, there is a systemic breakdown that must be fixed.

While the fusion center program is only about a dozen years old, recent years has seen a steady erosion of actual effectiveness compared to the stated mission. The appearance of activity has replaced real productivity. Initial goodwill and intent has waned, while bureaucratic entropy has undone early gains. Moreover, misuse of appropriated funds tied to official wrongdoing is rampant.

So, while we see the public service announcements saying, “if you see something, say something,” the reality is that a suspicious activity report may too often lead to nothing unless DHS, Congress and the White House acts, very soon, before another terrorist “does something” first. 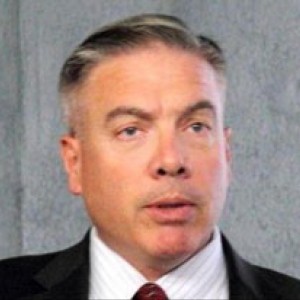